June 10, 2017
Oh, hai.
Last month I made it around the sun for the 33rd time! To celebrate, I went back to NYC, the city that never stops telling you how great it is. With no plans apart from "see as many old friends as possible"; it did not disappoint! At the best of times, I am a "plan as I go" person, which can be paralyzing for some travelers, but having an open schedule led to discovering some great opportunities, reunions, and fun, such as a Rick & Morty pop-up shop, a Will Eisner exhibition, and Storm King!

Rather than taking you through my trip chronologically, let me break it up by subject. Obviously there will be some overlap, but hopefully you will enjoy the ride...

First, ALL praise goes to The Piper family for putting me up in Astoria. Zach and Nano were very patient with me coming and going at all hours of the morning and night.

Honestly, I love all Manhattan has to offer, but I would never want to live there. I always think of the O. Henry quote: "It'll be a great place if they ever finish it"

Walking into the CBS news building where I worked for 4 years, I noticed security had gotten slightly tighter, but before I even got inside I was running into old colleagues who greeted me warmly. Once inside, my old coworkers at Tokyo Broadcasting System spent an hour catching me up, and I was pleasantly surprised by how many familiar faces were still around, despite some staff being regularly rotated back to Tokyo. I didn't get to see everyone, however, because North Korea launched another missile test, and they had to go to the United Nations to report on it (as I had to so many times before). Fortunately, I got to see one of them, my cameraman friend, Shiho briefly on my birthday at Central Park, but it's funny how two years after quitting, my plans are still affected by North Korea!
On another day, my buddy Matt invited me to check out the Will Eisner exhibition at the Society of Illustration, a very cool museum with a swanky cafe and hidden rooftop garden. Absolutely worth the cost of admission, and another awesome place that had been there all along without appearing on my radar!


My friend at Good Beer reminded me he tends bar at Other Half Brewery in Brooklyn, and it just so happened to already be on my itinerary! I got to see him again there, and had so much fun trying all the great beer they make, I ended up closing down the place with Evan and Rick, and we were treated to a personal brewery tour! Evan and I paused between beers to grab Korean-fusion burritos that were insanely delicious. I have a photo, but it simply would not begin to do it justice. Just imagine meat, rice, and veggies, each infused with kimchi.

Between brewery visits, Evan and I met up with two of my favorite power couples, Jabby and Schwankgeber (couples names are hard), to check out the "Rick & Morty Don't Even Trip Road Trip", a touring truck they sculpted into a giant-sized Rick with a built-in pop-up store! Half an hour before the truck was scheduled to open, the line was already wrapping around the block, so we abandoned hope of actually buying anything, took a few photos and went to a nearby bar instead. 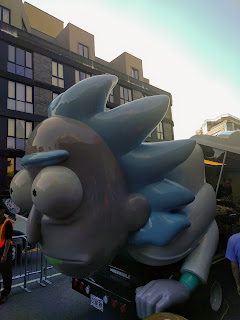 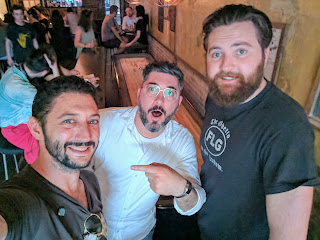 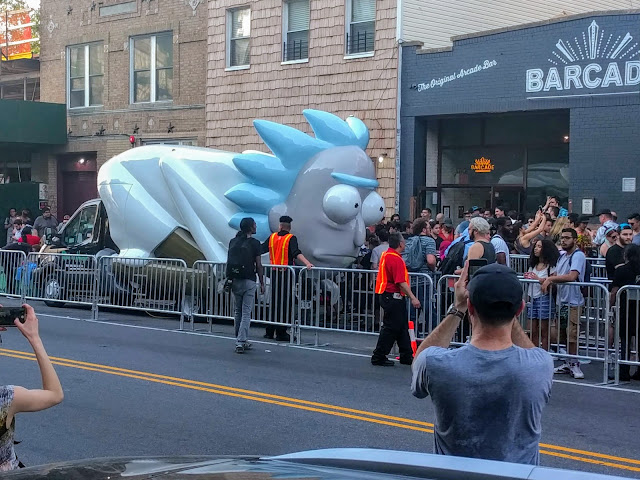 If you thought my day in Brooklyn couldn't get better, Rick swooped in at the end of the night for the Other Half Brewery tour, fresh from his trip to Cuba. Walking back to his place, he opened a fresh box of Cuban cigars, which we took to his rooftop and enjoyed along with the Manhattan skyline! 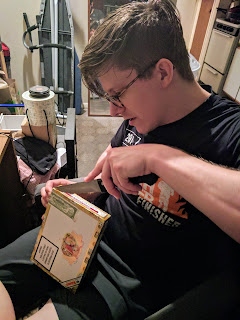 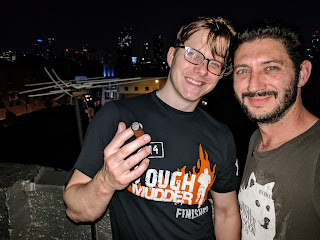 Have you ever heard of Storm King? I hadn't. If you've used any online dating service, I guarantee you have seen plenty of photos that were taken there! Storm King is a a gorgeous, vast space filled with massive and/or unique sculptures. The rolling meadows were a great chance to decompress, wax philosophical, and sweat like crazy under the hot sun, with my dear friend and unapologetic hippy, Tim, aka "Bear".

Tim planned to leave New York for the summer. Before that, he wanted to check this out. So we took a train up to Beacon, and a taxi across the river through Newburgh. Our taxis to and from were an education all their own. The first, a woman, brought her small son who threw up (not for the first time, either) from some medication he was taking. The second, on our trip home, was a proud, self-made man who showed up in a Cadillac and took us on a side-trip through the rough part of Newburgh. He pointed out the boarded up row houses and drug dealers to illustrate the depths of the poverty and crime the city faces. The disparity was not lost on us, leaving a paradise of nature and art, and arriving back in the opulent town of Beacon. At any rate, it was an eye-opening and memorable day. 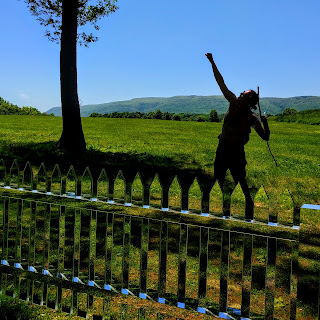 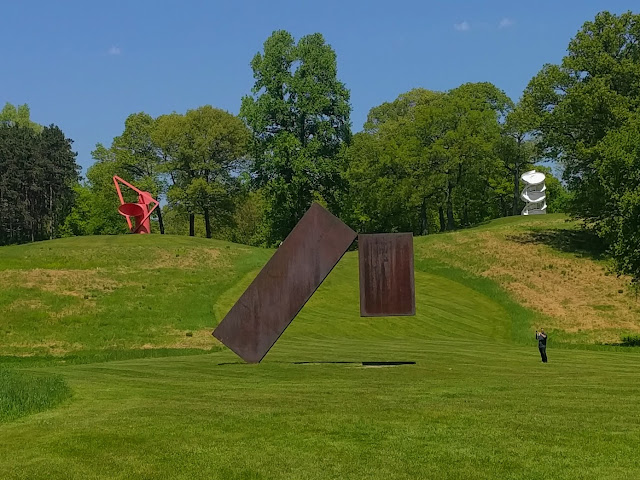 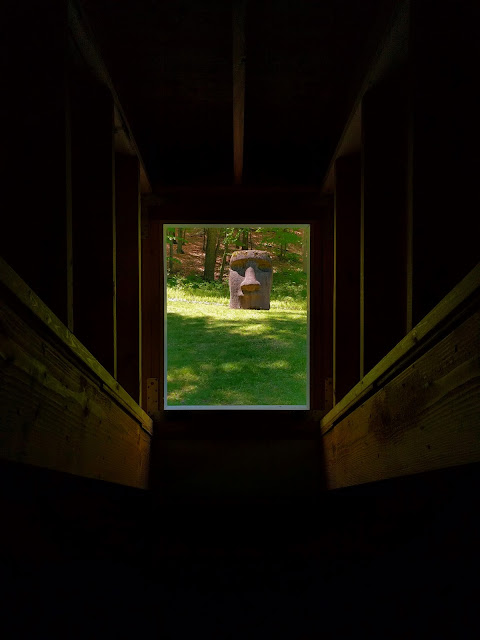 My Day of Birth: 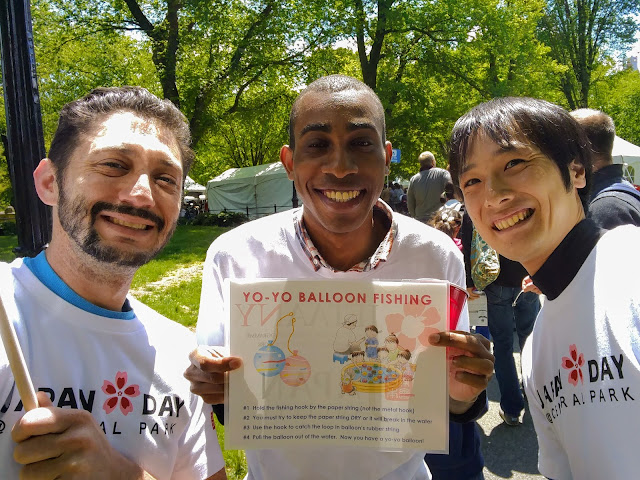 I woke up early on Mother's Day, my birthday, and took a train to Central Park to volunteer with friends and fellow JET Programme Alumni at Japan Day, as I had enjoyed doing several other years when I lived there. In the afternoon,, I received a bento lunch as thanks for my help, and walked to the Metropolitan Museum of Art to see friends, Scott and Kate, the day before Kate moved to Seattle!
As the rain fell that afternoon, we wandered the halls inside, checking out the exhibitions, starting with Comme des Garcons fashion! As an added bonus, The Met also had a Chinese Qing and Han Dynasty exhibit, including actual Terracotta Warriors on loan from Xian! 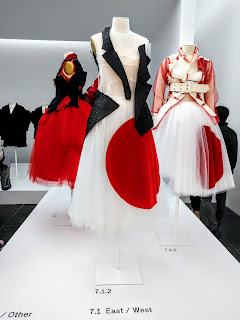 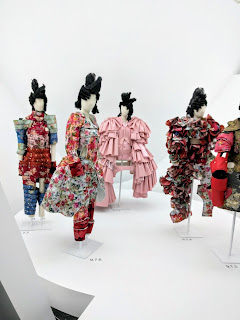 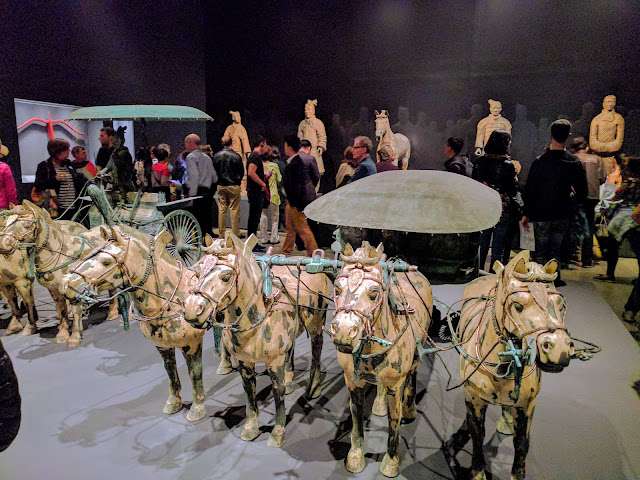 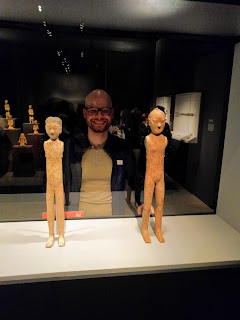 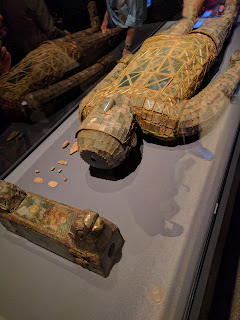 We parted ways just as the rain stopped, and I headed to SingleCut Beersmiths brewery in Astoria for dinner with more amazing friends. Like most nights in Astoria, my birthday ended at my favorite bar, Crescent and Vine.

Astoria, my home for nearly 5 years, is also where most of my best and closest friends still live. One of those friends, Pam happened to be celebrating her birthday the day before mine. She not only invited me, but took care of the work creating the event and inviting our mutual friends, and several dozen other wonderful people, so my first whole day back, was spent with all the people I wanted to see, drinking beer all day while it rained outside. If you're keeping score, that means the two times it actually rained on my trip had zero affect on my plans, and I stayed dry, happy, and healthy! Hooray! 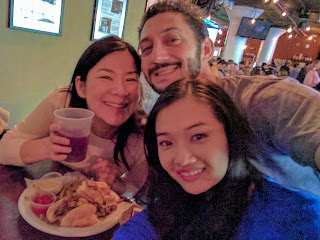 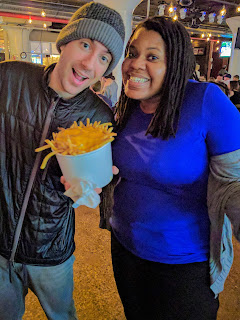 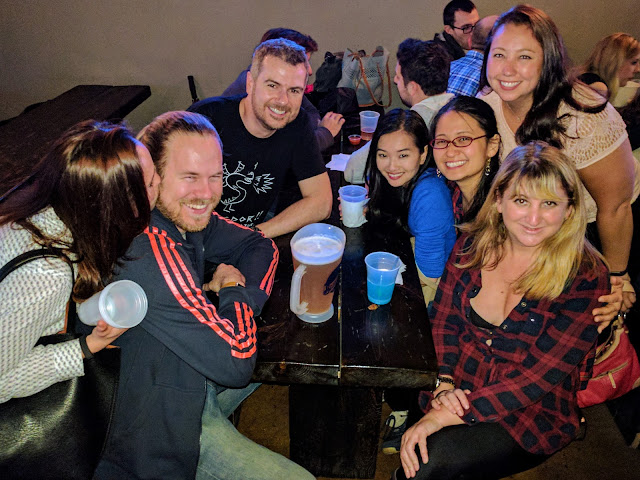 While I didn't get to see everyone I know and love in NYC, I was able to see so many, and with minimal effort, aside from flying cross-country. Best of all, unlike my trip back last year, I didn't have to see them once and say goodbye until who-knows-when. Most of them were able to hang out twice, and some of them I even saw three or four times in the week I was there!

Did I mention I drank copious quantities of great beer? Well, I guess I have now! 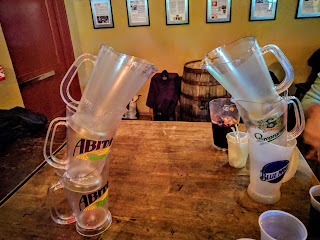 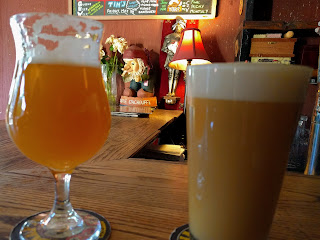 The trip itself actually sprang from plans to attend my friends' wedding the following weekend, outside of D.C. The bride and two other scheduled wedding attendees were fellow news producers at TBS. One who lives in D.C. offered to put me up the night before the wedding, so we could travel there together. Those plans were dashed by none other than... Donald Trump! Yes, our wayward president planned his first foreign trip on the same weekend as the wedding, and as a D.C. news producer, my friend was sent abroad to cover that. "Thanks Drumpf" almost conveys the depth of my incredulity, as yet another reviled head of state's actions directly affected my plans! To his credit, this producer was kind enough to offer his room still, but I decided if I couldn't see him, I would see another friend, and it couldn't have worked out better!

Picking me up from the train station, my friend Devin not only put me up at his childhood home, his family took me to his childhood school, where we watched his little sister perform in You Can't Take It With You! The last time I had seen his family, including his sister, was 13 years ago, in Japan, and now I was watching her, a senior in high school, perform this hilarious play! Afterward, Devin and I grabbed dinner and drinks, played bar games, and enjoyed a chill morning with their adorable dog, Mister Darcy, before I went to the wedding. 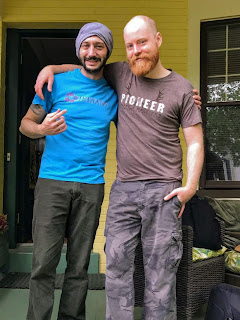 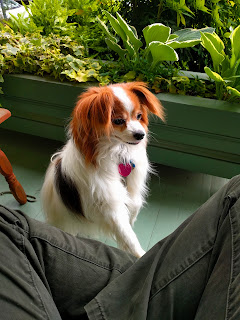 I hope by detailing all the marvelous experiences I enjoyed, my gratitude toward all my incredibly generous and dear friends shines through. I am blessed to even know you! Thanks to them and everyone for reading! Bye for now!