Showing posts from August, 2016
Show all

A Tail of Two Kitties 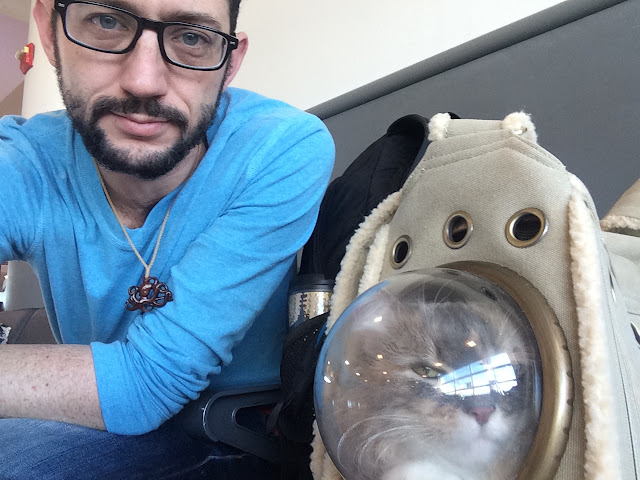 I haven't had time to talk about cats, but I do now! Moving cross-country with a bitchy kitty could have been a nightmare, but looking back, it was pretty rad! For starters, I got a direct flight on Virgin Air.  Apparently they are the most lenient in terms of bringing a cat into the cabin. I simply checked-in at the counter before my flight, payed an extra fee of $100, and requested security screening in a private room - in case she tried to make a break for it - they even printed out a boarding pass for my Samus. No one ever asked to see that pass though, probably because everyone was blown away by her awesome carrying case! At first, I thought they were a joke. When I realized they were a legit pet-carrying cases, and the dimensions fit under the airplane seat, I immediately bought one for both my cat, and my girlfriend's, just in time to bring our cats to Cali! They are very well made, comfy inside and out, and sensibly priced! Sammy kept her head in the bubble, lo
Post a Comment
Read more
More posts