November 25, 2015
My days of drinking until I puke ended when my passion for craft beer began. I still get drunk occasionally, but now it happens after drinking a few different, usually new, beers with higher alcohol content than what your sports bar has on tap. Honestly, I cannot remember the last time I drank more than two of the same thing.

Ten years ago, as my college days of binge drinking were getting started, a new phenomena was also born: Binge-watching television shows! I am just as guilty of this today, and Karl Marx could never have predicted, Netflix, Amazon, and the rest of the great pushers of this new opiate of the people. Currently I caught up to the still-airing CW series "The Flash", and I am pacing myself to try and make Netflix' "Jessica Jones" last a little longer, but I only have two episodes left.
As much as I loath marketing, I must also confess how much I love this clever commercial:
Some believe you never end an addiction, and the only hope you have to break one is to substitute it with another. Just as craft beer was helping change my drinking habits, I found a new addiction to replace it. Like so many others, I was harmlessly binge-watching season one of A Game of Thrones. Once I finished season one, almost five years ago, I began binge-reading the novels, A Song of Ice and Fire. I've since gone back and re-read the first three in the series, but just as I finished that, my friend Brian offered to loan me his collection of The Walking Dead graphic novels. If you wondered why I neglected to update this blog last week, it's because The Governor captured Rick, and immediately cut off his hand! I couldn't just stop there! At the time of this blog update, I'm halfway through Volume 11, Fear the Hunters, in case you were curious. 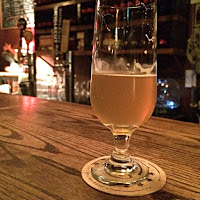 But I didn't neglect my cider! In fact, I finished bottle conditioning the first batch, made with both apple and pear cider, and it came out quite interesting! I only added one tablespoon of honey when bottling, to give the yeast some sugar for carbonating the beer. That proved to create fewer bubbles than I was hoping, but the result is still a slightly sour, tasty, 6% alcohol cider, with a beautiful bouquet similar to Lychee, a smooth body and powdery mouth feel I attribute to the pear, and an aftertaste to vanishes quickly leaving just a hint of funk.
Of course, during the two weeks it rested in bottles, I was fermenting my home-juiced apple cider! 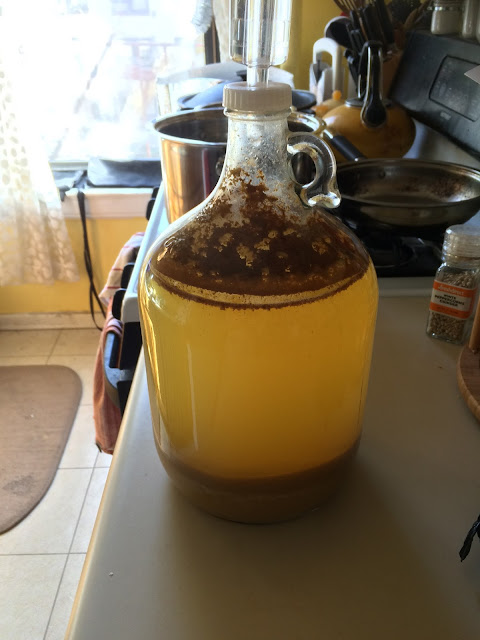 As I mentioned before, I really regret not remembering to measure the gravity before I pitched (added) the yeast, because the process was extremely energetic and lively, with the primary fermentation spewing cider into the gas trap and bubbling constantly over four days (Most brews tend to quite down after two-to-three days.) 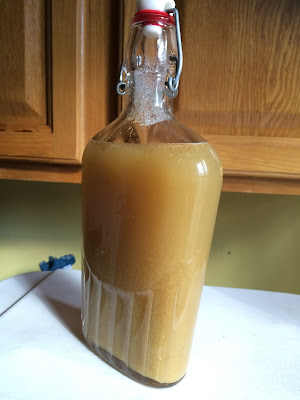 Normally, I would use all brown bottles, but Chris -- the same roommate who helped me juice these apples, gifted me the cool flask-shaped bottle with a swivel top, pictured above. As a thank you, I've been filling that with beer for him to drink each time I brew, and it allows me to check out the clarity without opening or pouring anything out.

I'll let you know in about ten days how this cider turns out. Until then, please enjoy this photo of Chris' cat, a chatty Maine Coon-mix named Chrono! 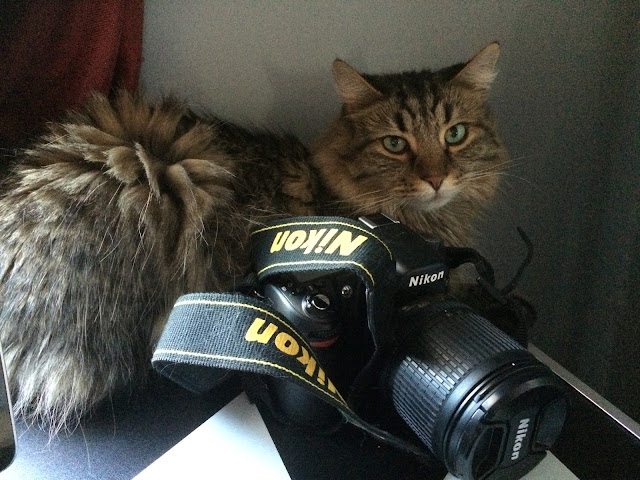