April 25, 2017
Most foreign tourists fly by the peninsula of Izu (pronounced, "e-Zoo"), on their bullet trains from Tokyo to Kyoto. Some headed to nearby Mt. Fuji may start counting the stops left to their destination, without ever realizing the culturally meaningful, historic, and authentic opportunities to experience Japan they are literally passing by. Here are several spots I visited that are well worth your time: 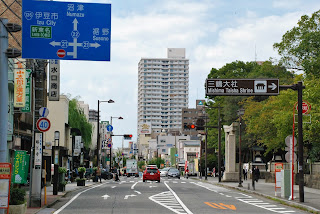 Mishima City: Before bullet trains, or any trains, most people traveling between Kyoto and Edo (now known as Tokyo) walked. This included everyone from peasant farmers to religious leaders and feudal lords, so the shogunate (contemporary national government) designated 53 official stations along this path. One of those stops, and a main hub on the road, was Mishima City, and a major reason for its popularity was the Shinto shrine, Mishima Taisha (the "Grand Shrine of Mishima").

These days, Mishima Taisha is a one hour train ride south of Tokyo. Entering through the large Torii gate, you immediately notice two beautiful ponds, forming a narrow path which leads to the main grounds. Despite being side-by-side, each of the ponds is fed by completely different sources: one receiving water from the famous Mt. Fuji and Hakone, the other from a separate, underground current! The pond on the left has a gorgeous, red, miniature shrine, built in the Heian-era style to resemble Hiroshima's Itsukushima Shrine. The structure, built on an small island in the pond, was erected by Minamoto-no-Yoritomo to atone for the spirits of those he defeated, warring with the Mori Clan of Hiroshima. 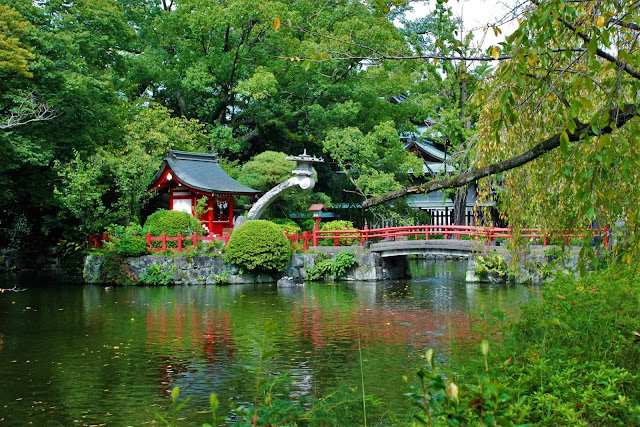 There are 150 Sakura trees across the spacious grounds, making it a scenic destination for enjoying Japan's famed cherry blossom season. They also celebrate the annual blooming of an ancient fragrant olive tree, between mid-September and early October. You may not choose to believe in the Shinto gods of land and sea worshiped here (Oyamazumi and Kotoshiro-nushi, respectively), but this olive tree is sacred in in its own right, as it is about 1,200 years old! Once the tree reaches full bloom, the grounds are lit up and a festival is held for appreciating the blossoms at night.

Quick Shinto lesson:
Priests of Shinto are called kannushi, and their rank determines the color of their hakama pants, with the top kannushi wearing purple hakama. Our guide, a younger priest in light blue hakama, explained to us the proper method for purifying yourself before entering the main grounds, washing your hands and mouth out with spring water located just outside the main entrance. 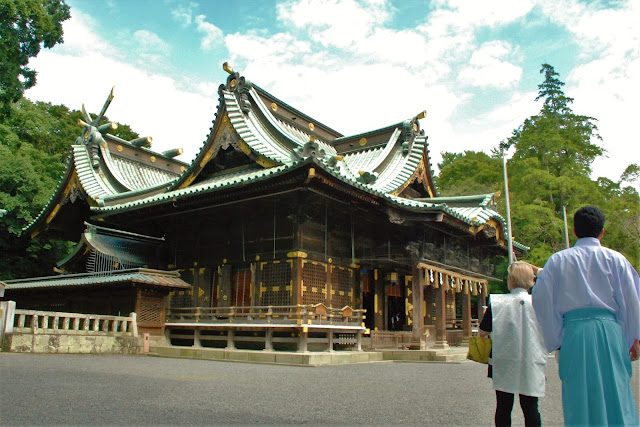 He also explained the three-part construction of the main shrine, and the meaning behind the elaborate entrance. Thick ropes called shimenawa, are twisted and hung over the entrance to resemble the clouds, where gods are believed to live. From the shimenawa, zig-zagging white papers, called shide, represents lightning, while the shimenoko between those symbolize rain. Visitors to the shrine usually donate change, clapping and bowing to pray at the entrance. Inside the first of the three structures, is a spaced used for special services. The second space is reserved for the kannushi only, and the third space is where the local kami or Shinto god/gods are believed to dwell, in their Omikoshi, elaborately ornate houses. The priests only enter this area during sacred days, to transport the Omikoshi (with the kami inside) around the city during purification festivals.

Miko are young women, who typically work part time as "shrine maidens", and where red pants. They helping out with various ceremonies and upkeep around the shrine, but should not be equated to nuns. 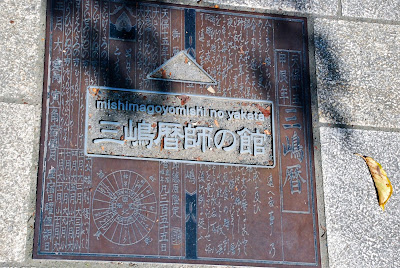 After a tour, paying respects and attending a purification ritual, we took a short walk to another historical location, the Mishima-goyomi House. The house, now converted to a museum of its own history, was once a business where lunar calendars were made. Because of the central location for traveling between Japan's two largest cities, the calendars made here were spread throughout the country and became the most popular source for calendars in the country for generations, thanks to their beauty, accuracy, and craftsmanship.
Another interesting historical footnote, there is a magnolia tree growing just by the entrance to the house. This tree, which still blooms every June, was gifted as a sapling by the wife of the 18th U.S. President and Union Civil War General, Ulysses S. Grant during their trip to Japan!

Entrance to this museum is free, and the historical lunar calendars are a wonder to behold. There are also hands-on activities available, but this is one place you will want to bring a Japanese speaker to translate for you, to appreciate it fully. 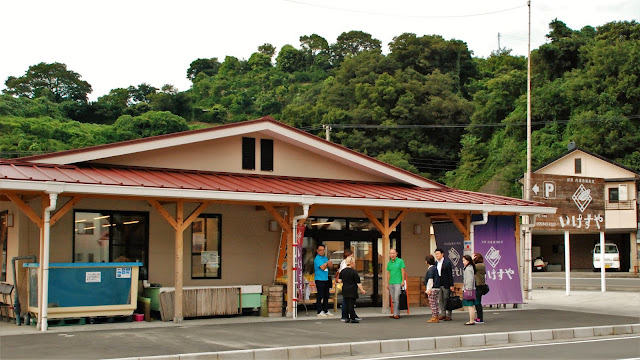 From there, I traveled to nearby Numazu City, a fishing town on the coast of Suruga Bay. Eating lunch at a seafood restaurant called "Ikesuya", after the Japanese word ikesu, for the fish tanks used to keep fish live, until right before you eat them. You can definitely taste the difference, especially the freshly cut, raw sashimi, but this restaurant and the city itself, are famous for their high quality aji ("horse" mackerel), so it comes baked, grilled, fried, raw, and probably other ways, too! I tried several preparations and really, everything there was delicious.
The staff were all laughing, smiling, incredibly warm people, and helpful enough that you could definitely get by without knowing a word of Japanese. Walking along the charming, local harbor after lunch, I also spotted an octopus hiding in a random, old tire! 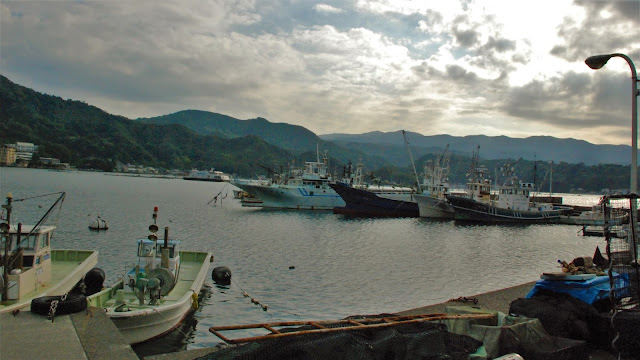 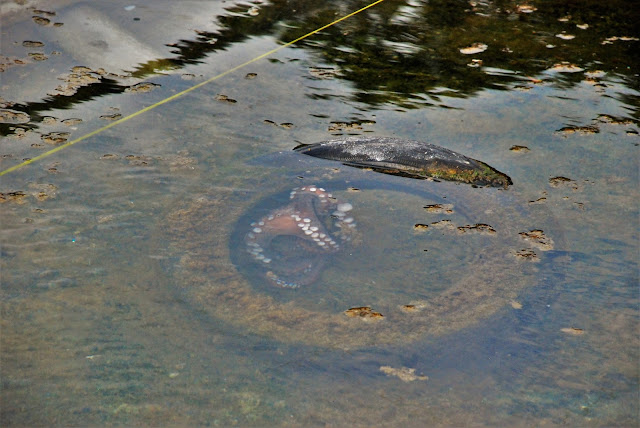 Finally, I wrapped up the day at the Izu Panorama Park: 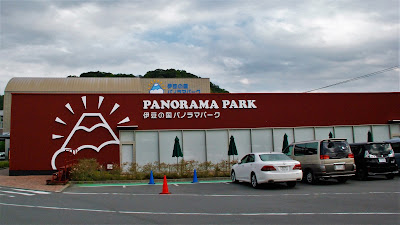 The park exceeded all expectations, and you can easily spend an entire day there! The 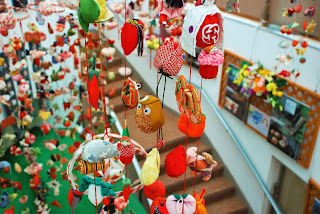 entrance is a multi-storied, beautifully decorated facility with a souvenir shop selling t-shirts and trinkets, but also many packaged foods and ingredients the region is known for. There is a restaurant, as well as a soft-serve ice cream stand and a half-dozen Japanese vending machines, before you finally reach the entrance to the ski lift style gondola cars that transport you to the observation level, on the mountain top. To get there, you fly over local rice paddies, over a gorge, and climb up the thickly forested mountainside, before finally reaching the top. 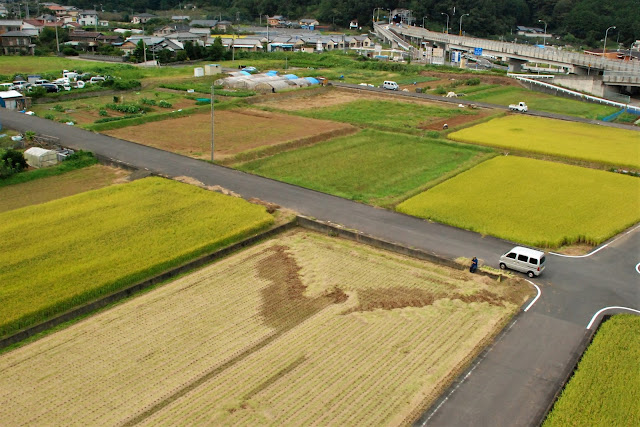 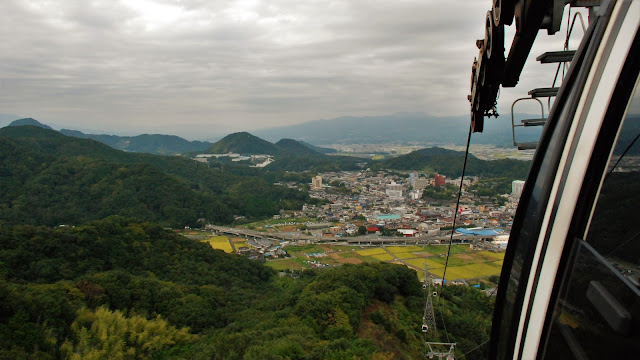 Once you've exited, there is an observation deck with a photo shop offering professionally-taken commemorative photos, breathtaking views of the soundings, including Mt. Fuji when the clouds permit, a cafe, and several paths that snake higher to the peak and 360-degree observation platform. 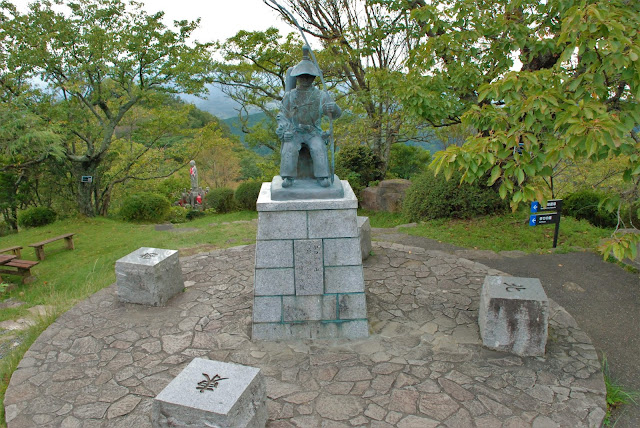 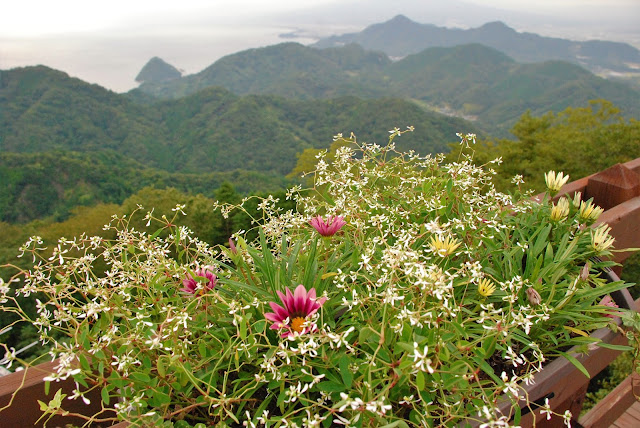 There were other fun things up there too, such as a free foot-onsen which a great way to relax your tired feet after walking all over, a small Shinto shrine built on a "Power Spot", flowers, statues, and a giant, cement pair of geta (old-fashioned Japanese platform sandals)! A manager at the Panorama Park explained to us that, decades ago, a local tradition of bringing worn out geta and other slippers to the shrine on the mountain began. Once enough are collected, they are stacked atop the cement geta and burned in a semi-annual bonfire! 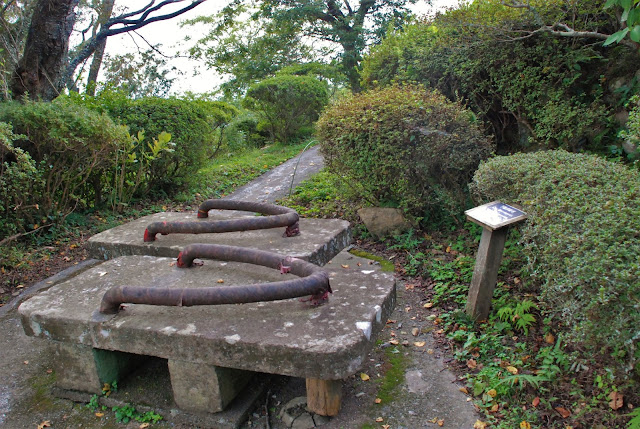 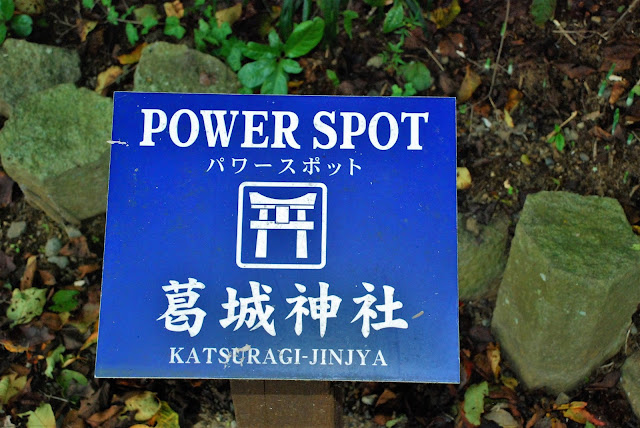 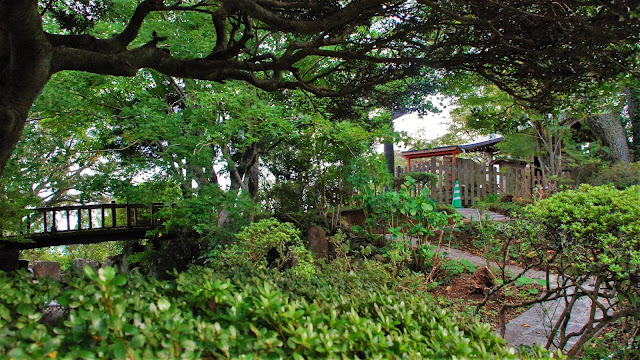 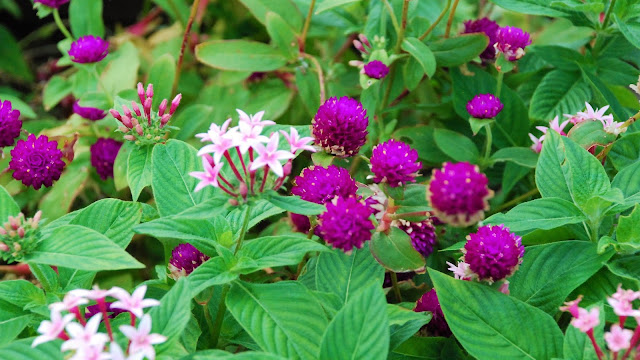 I had the best time at the park, and will let the pictures explain the rest. Stay tuned for more sights and food (and craft alcohol!) in Part 2... 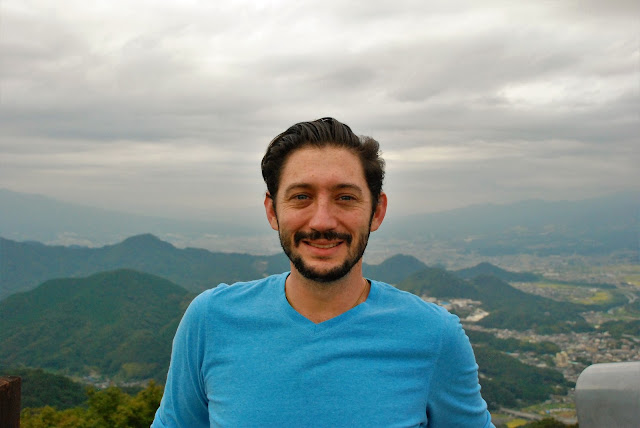